Students study to learn and practice what they have been taught in the classes by their teachers. Studying is essential for success in life. Hence, developing a good study habit is important in any student’s life. However, it has been observed that many students develop some bad study habits that often lead to their destruction in careers and future life.

Why is Studying Important?

Have you ever attempted any test paper or a major examination in your school or college without rehearsing the subject beforehand? And if you did the results were obviously disastrous. It does not sound ideal for any student to do something without proper preparation or practice.

On the other hand, regular study of your lessons has multiple benefits. It helps a student develop a complete education during his or her academic life. It also provides an opportunity to develop study habits, time management skills, and self-discipline.

While studying regularly for homework submission, class tests, and examinations, a student may grow certain study habits in due time. These habits are generally personalized based on each student’s strengths, needs, skills, and interests. Each student defines his or her own study plan and grows study habits accordingly. For example:-

Students tend to grow numerous such study habits in their school and college life. Some habits work for some students so they may continue doing so each their own. But studying hard may not always help you get good results. A student may grow bad study habits which ultimately prove to be destructive in nature.

Bad study habits of students never solve any problem and will always prevent a student from reaching their full potential in studies. Hence, it is essential to identify those study habits that need to be avoided in order to become a successful person in life.

Studying without having an outline to help you organize ideas and keep track of what you need to study, is considered an extremely bad study habit. Students often lose track while covering large amounts of information and end up messing up the whole thing. They forget the crucial points of an answer during the examination and thus get poor grades.

How to avoid: Creating a detailed study plan before the examination as well as for a regular routine is the most important thing a student should consider while growing good study habits. If they cannot do it on their own, they may take the help of their parents or teacher to prepare one for them. A study plan outlines what a student should accomplish in a particular session like which chapters to cover, what questions to be answered or memorized, etc.

2. Leaving assignments to the last moment-

This is one of the major bad study habits to be avoided by any student. Starting an assignment just a few hours before the submission time is not a fruitful idea to follow. The major reason for this avoiding tendency is laziness on the part of the student. Another reason may be the inability to identify the massiveness of the task. Attempting to start and finish a project within a small span of time neither gives him enough time to study or cover all the points nor does it fetches the desired results.

How to avoid: The best way to avoid such a situation is to start early and go small. It is better to start the assignment almost right away after getting it. Study the points to be covered thoroughly, divide the tasks into small parts, and plan the steps to be taken to complete each part within a certain time. This will make the task less overwhelming.

3. Cramming before the exam night-

Students who don’t study regularly fall into the trap of cramming before exam night. Such night crammers or all-nighters areleast likely to get good marks in their exams. This habitnever helps the student to cover the whole syllabus within a few hours of time. Night crammers deprive themselves of sleep just before the exam. Thus, they feel tired at the examination hall which prevents them from performing well in the tests. This way they end up getting low scores. Even an extremely meritorious student tries to avoid this bad study habit.

How to avoid: Start studying for your tests earlier and regularly at a fixed point in time. Sleep and get up at a consistent time of the day. Get enough sleep because it is essential to give the mind and the body time to rest and recover.

Many students prefer to study alone and do not take any help from others. This is not a good habit. Studying alone often makes the process boring and unattractive. This demotivates the student. The student then struggles to understand a concept and failing to do so starts avoiding it in the future. This way he may face a backlog in his studies.

How to avoid: Studying in small groups is the best way to avoid becoming off task during studying. Getting help from teachers through doubt clearing sessions is also necessary for any student. Students, particularly those who are slow learners, need careful guidance on a regular basis.

Not all students are good at taking running notes or keeping them in an organized manner. As a result, while studying, they often have to shuffle through heaps of unorganized chits and notebooks to make out any point on the subject. This takes up a lot of time and yields few results.

How to avoid: Students must learn how to organize notes from each subject into their own folder. They should also start practicing how to take more effective running notes in classes by trying out different note-taking methods.

6. Memorizing answers without understanding the subject-

Students who pay less attention to understanding the subject and more to memorizing the pre-written answers to the question often fail to get good marks in their exams. They fail to understand a different or difficult question as they have no deeper understanding of the material of study.

How to avoid: Try to connect with the study materials instead of memorizing them. Practice visualization and making a mind map of whatever you are learning.

7. Watching television or listening to music while studying-

Many a time it is seen that a student, who is addicted to watching television, prefers to sit in front of one while studying. This is one of the worst study habits a student can have. Watching television visually distracts the attention of the student. The student remains glued to the colourful moving elements shown through the TV screen and less to the boring words of the books. Similarly listening to music while studying also has similar kinds of effects. This is especially bad when the student is trying to learn something new and complex.

How to avoid: Avoid watching television or listening to music while studying. Stay away from the spot where a TV is running and try to find a calm and quiet space for yourself to study, away from visual distractions.

8. Being distracted by social media and mobile games-

Using mobile phones to surf through social media platforms or play games while studying is another bad habit that needs to be avoided. Students of the digital era use these devices for online study purposes also. However, the addiction to mobile games and social media activities, messaging with friends, etc. leads to distraction. Students fail to concentrate and turn away from studies frequently to check in on Facebook and WhatsApp messages. This hampers the learning process of the student.

How to avoid: The best way to deal with this bad study habit is to turn off the mobile phone and keep it away from the easy reach of the student. Instead of keeping it on the study table, keep it on a high self in another room. Resist the temptation of checking your Facebook, Instagram, Snapchat, and TikTok accounts. The best thing would be to sign out of all the accounts during the time of the study.

Feeling hungry while studying is a common fact. To satisfy such hunger many students depend on quick snacks of chips and soft drinks. These food have low calorie and full of harmful preservatives and chemicals. Growing such poor eating habits may cause harm to your health. Being devoid of nutrition these junk foods affects the brain functioning of a student and often leads to poor memory.

How to avoid: Having food while studying is not so bad as long as you are having a quick snack of biscuits and a cup of milk or coffee. Eat a lot of nuts and dates. They are good sources of energy which is required while studying for a long time. Taking a short break and having a good snack is also worth for your health.

A student becomes less productive while multitasking during study hours, because, the whole attention of the student is divided into several parts instead of focusing on one particular task. Constant exposure to different streams of electronic information also affects the concentration power of a student.

How to avoid: Handle one task at a given time. Concentrate fully and go deeply into the task to understand its requirements. Do not leave the task in the middle of it. Finish the assignment you have taken up first and then move on to the next.

11. Not having a proper study space-

Studying at home may not be fruitful often. A student may face various visual and audio distractions like sound coming from a TV set or music player or outside, visitors coming and going, family members wanting to chat or young siblings wanting to play, and so on. Regular interruptions during study hours is not good for any student. No one can give 100% attention to his or her study in this situation.

How to avoid: Try to find a quiet comfortable corner or room for yourself where you can set up your study desk. Prefer a well-lit and well-ventilated one where there is the least distraction in the house.  One can also go to the local library for studying purposes.

Procrastination is one of the worst study habits a student can develop. In this case, a student overestimates the time required for accomplishing a task and keeps deferring studying for later. This way the student can neither finish the assignment on time nor gets any result out of it.

How to avoid: The first and foremost thing to do is to stop procrastinating by practicing a few things like breaking up the task into smaller tasks and assigning a time period to finish it properly.

The key to growing good study habits to become a successful student is to identify the bad ones and avoid them. Follow the tips given above to do so to make your study effective in your life.

An advertising professional stepped into the arena of digital marketing with a passion for writing content. Talks about #seotips #articlewriting #digitalbranding #socialadvertising and #digitalmarketingtips 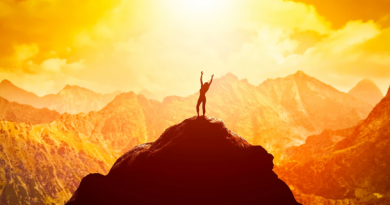 10 Good Habits to Practise Every Day: Be A Successful Student – Part 1

Diploma in Financial Accounting with GST